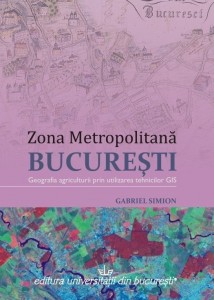 This book analyses the changing agricultural activities and the impact of urban expansion on the land use and regional economy.Datasets derived from applying GIS (land use data from satellite images, digitizing topographic maps, digital elevation model) were combined with secondary data, fieldwork, interviews or questionnaires sent to the municipalities. Since the 19th century in the Bucharest Region were many land use changes, particularly by grubbing and deforestation to getting new arable land for agriculture or other human activities and needs. For the 20th century was analysed the expansion of the metropolitan area and its implication on land use. Urban expansion has a significant impact on the labour market. Bucharest became a post-industrial city and made the transition from the primary or secondary functions to tertiary or quaternary. The land reform of 1990-1991 led to the reconstitution of land ownership and open the opportunities of the land market, metropolitan development, suburbanization and functional integration between the city and rural areas.

“This book is the results of an impressive documentary and field work and prove the author capacity of selection and presentation of information in a clear, cursive and scientific manner. Only through such kind of books, Romanian geography may be in the attention of political and administrative stakeholders, it can show off its virtues as practical and applied science”.